At the 1880 Republican National Convention, Senator-elect James Garfield from Cleveland Ohio, gave the presidential nomination speech for Secretary of the Treasury John Sherman.

When neither Sherman nor his rivals – Ulysses S. Grant and James G. Blaine – could get enough votes to secure the nomination, delegates chose Garfield as a compromise on the 36th ballot! 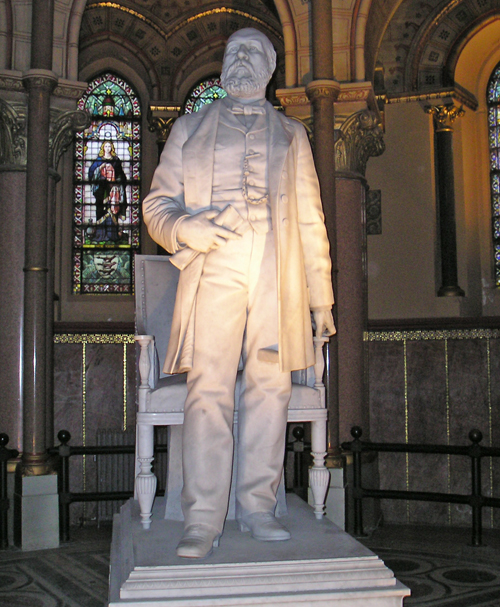 President James Garfield was shot by Charles J. Guiteau, a disgruntled office seeker, at the Baltimore and Potomac Railroad Station in Washington, D.C. on July 2, 1881. After eleven weeks of intensive and other care Garfield died

His body and his wife Lucretia’s body are interred in the huge James Garfield memorial in Cleveland’s Lake View Cemetery.