League Park is an historic baseball park at the northeast corner of E. 66th Street and Lexington Avenue in the Hough neighborhood of Cleveland.  It was built in 1891 and  was home to a number of professional sports teams such as the Cleveland Indians, Cleveland Spiders  and Cleveland Buckeyes of the Negro American League.

College and other football teams also played there including the Cleveland Rams of the NFL played at League Park in 1937 and for much of the early 1940s. Later in the 1940s, the Cleveland Browns used League Park as a practice field. 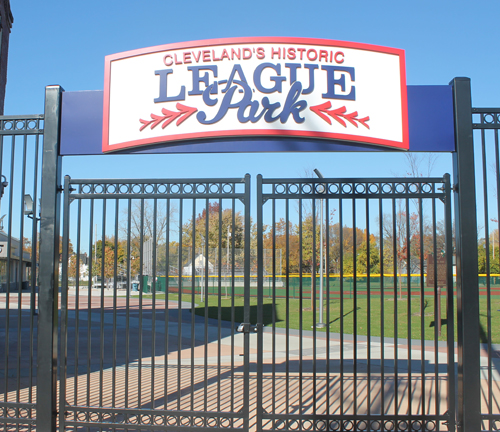 Although Cleveland Stadium opened in 1932 and had a much larger seating capacity and better access by car, League Park continued to be used by the Indians through the 1946 season, mainly for weekday games. League Park became the last stadium used in Major League Baseball never to install permanent lights.

Most of the League Park structure was demolished in 1951, although some remnants still remain, including the original ticket office built in 1909. After extensive renovation, the site was rededicated on August 23, 2014, as the Baseball Heritage Museum and outdoor recreational baseball facility. 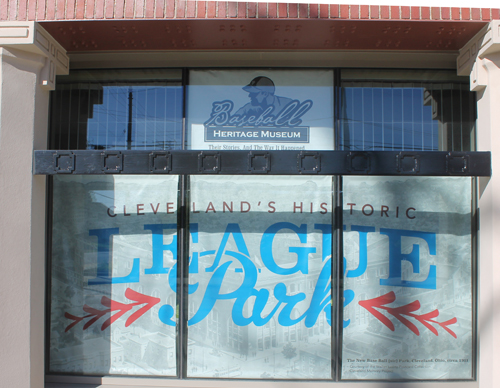 Today the site is a public park. A small section of the exterior brick facade (along the first-base side) still stands, as well as the old ticket office behind what was the right field corner. As part of the renovation, the Baseball Heritage Museum (housing artifacts from baseball history as well as many specifically from the history of League Park) was relocated from downtown Cleveland to the restored ticket house.

Some historic events that took place at League Park include the following:

On the 75th anniversary of D-Day (June 6, 2019) , under the umbrella of the Bob Feller Act of Valor Foundation – the U.S. Navy, Cleveland Indians and the Baseball Heritage Museum at League Park saluted and thanked those who served during WWII. This D-Day Remembrance Ceremony honored about 130 of the greatest generation who served in World War II. Photos and videos of the D-Day event at League Park