President William McKinley was the 25th President of the US until his assassination in September 1901, six months into his second term. McKinley led the nation to victory in the Spanish–American War, raised protective tariffs to promote American industry, and maintained the nation on the gold standard in a rejection of inflationary proposals.  He was very closely tied to Canton Ohio, just south of Cleveland. 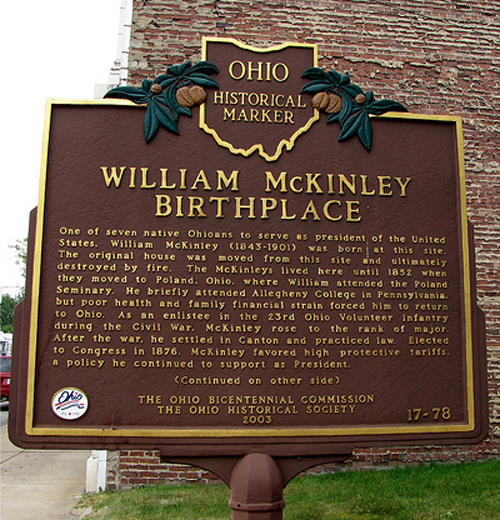 Enlisting as a private in the Union Army, he was mustered out at the end of the Civil War and studied law, opened an office in Canton and married Ida Saxton, daughter of a local banker.

At 34, McKinley won a seat in Congress and was appointed to the powerful Ways and Means Committee. During his 14 years in the House, he became the leading Republican tariff expert, giving his name to the measure enacted in 1890. The next year he was elected Governor of Ohio, serving two terms.

At the 1896 Republican Convention, in time of depression, the wealthy Cleveland businessman Marcus Alonzo Hanna ensured the nomination of his friend William McKinley as “the advance agent of prosperity.” The Democrats, advocating the “free and unlimited coinage of both silver and gold”–which would have mildly inflated the currency–nominated William Jennings Bryan.

While Hanna used large contributions from eastern Republicans frightened by Bryan’s views on silver, McKinley met delegations on his front porch in Canton, Ohio. With his eloquence and youthful energy his major assets in the race, Bryan decided on a whistle-stop political tour by train. Instead of going to the people, McKinley remained at home in Canton and the people came to him. McKinley’s ‘Front Porch Campaign’ became a legend in American political history and secured him the largest majority of popular votes since 1872. 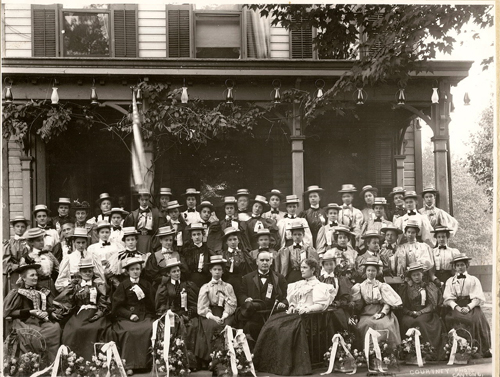 William and Ida McKinley (to her husband’s left) pose with members of the “Flower Delegation” from Oil City, Pennsylvania, before the McKinley home. Although women could not vote in most states, they might influence male relatives and were encouraged to visit Canton.

The stalemate between Spanish forces and revolutionaries in Cuba brought pressure on the President for war. Unable to restrain Congress or the American people, McKinley delivered his message of neutral intervention in April 1898. Congress thereupon voted three resolutions tantamount to a declaration of war for the liberation and independence of Cuba, the Spanish–American War. In the 100-day war, the United States destroyed the Spanish fleet outside Santiago harbor in Cuba, seized Manila in the Philippines, and occupied Puerto Rico. The US annexed the independent Republic of Hawaii in 1898 and it became a U.S. territory.

McKinley ran on his record of prosperity and victory in 1900, winning easy re-election over Bryan. 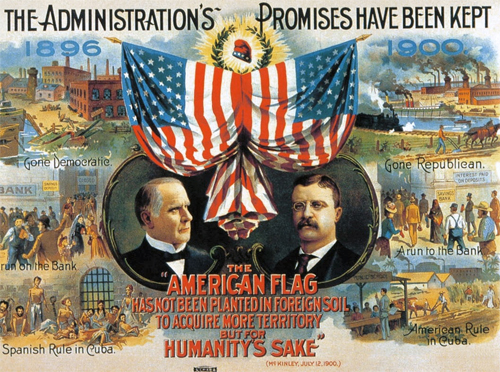 His second term came to a tragic end in September 1901 when a deranged anarchist shot him twice while he was  standing in a receiving line at the Buffalo Pan-American Exposition. He died eight days later and was succeeded by Vice President Theodore Roosevelt.

A hundred thousand people passed by the open casket in Canton and it was then transported to the receiving vault at West Lawn Cemetery in Canton, to await the construction of the memorial to McKinley already being planned. 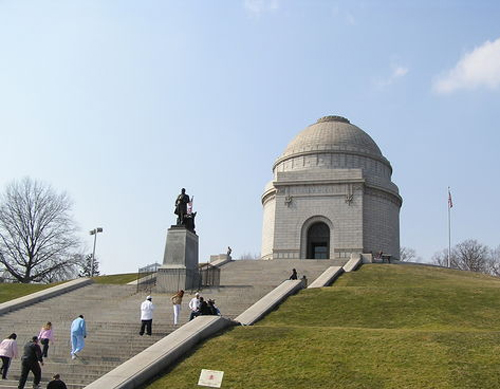 In addition to the Canton site there are many memorials to McKinley. There is a monument at his birthplace in Niles; 20 Ohio schools bear his name. Statues to him may be found in more than a dozen states; his name has been bestowed on streets, civic organizations, and libraries. McKinley appears on the $500 bill. Denali, in central Alaska, was named Mount McKinley in support of the President until the name of the mountain was changed back to Denali by President Obama.

The McKinley National Memorial was dedicated on September 30, 1907. The William McKinley Presidential Library and Museum, also operated by the Stark County Historical Society, is located adjacent to the memorial. 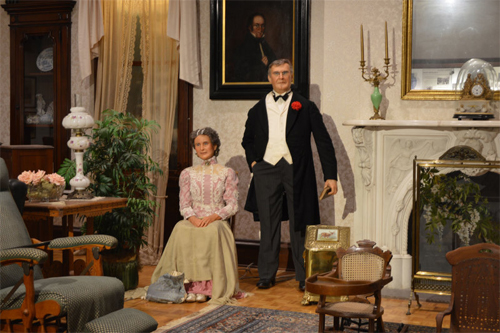 President McKinley and his wife Ida rest in the monument on an altar in the center of the rotunda in a pair of marble sarcophagi. Their young daughters rest in the wall directly behind them.

The interior dome measures 50 feet in diameter and is 77 feet from the floor to the highest point. At the top of the dome is a red, white and blue skylight. The skylight has 45 stars in its design representing the 45 states in the Union at the time of President McKinley’s death. 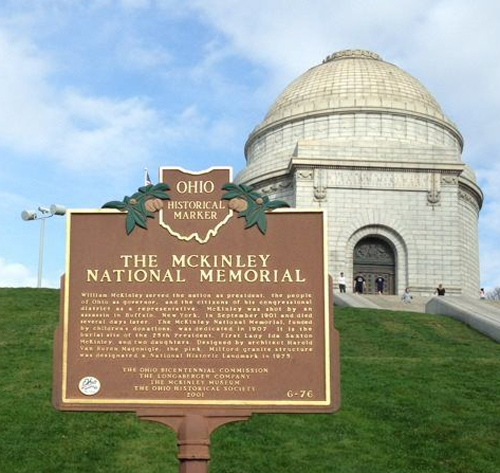