The tribute to the Freedom Fighter of the 1956 Hungarian Revolution is in
Cardinal Mindszenty Plaza in downtown Cleveland.

The Crack in the Berlin Wall began with a hole in a flag in Budapest! 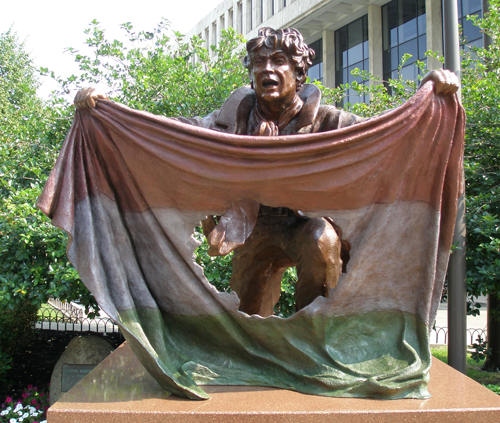 On Saturday June 16, 2007 a statue commemorating the Freedom Fighter of the 1956 Hungarian Revolution was dedicated at Cardinal Mindszenty Plaza at 11th and Lakeside in Cleveland.

The bronze statue was commissioned by the 50th Anniversary Committee of the Hungarian Revolution. The young freedom fighter in the statue is holding a Hungarian Flag with the symbol of the Soviet Union cut out – symbolizing the anti-Communist revolution. 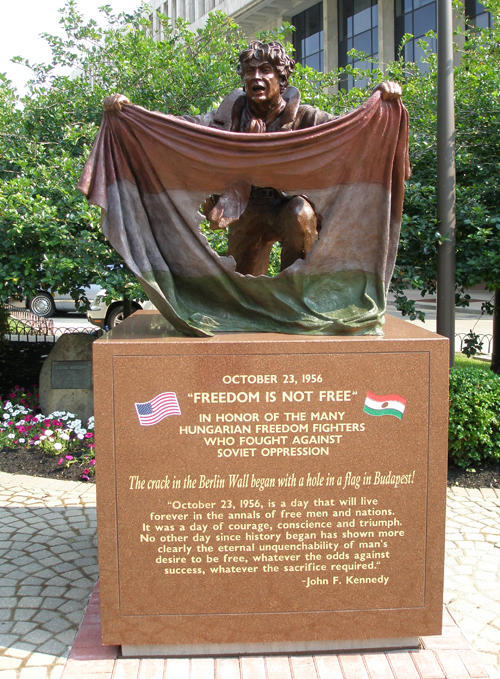 The statue is at East 11th and Lakeside in Cleveland.