József Mindszenty was the leader of the Catholic Church in Hungary from 1945 to 1973. For five decades, he personified uncompromising opposition to fascism and communism in Hungary in support of religious freedom. 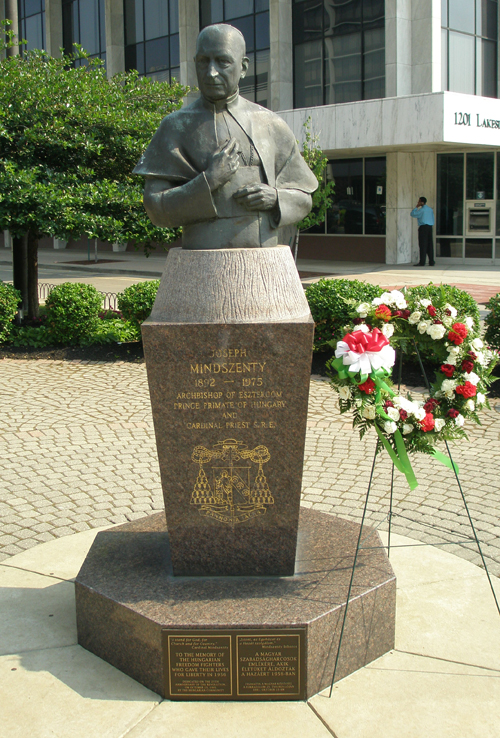 During World War II, he was imprisoned by the pro-Nazi Arrow Cross Party. After the war, he opposed communism and the communist persecution in his country. As a result, he was tortured and given a life sentence in a 1949 show trial that generated worldwide condemnation, including a United Nations resolution.

After eight years in prison, he was freed in the Hungarian Revolution of 1956 and granted political asylum by the United States embassy in Budapest, where Mindszenty lived for the next fifteen years.

He was finally allowed to leave the country in 1971 and visited the large Hungarian community in Cleveland in 1974. 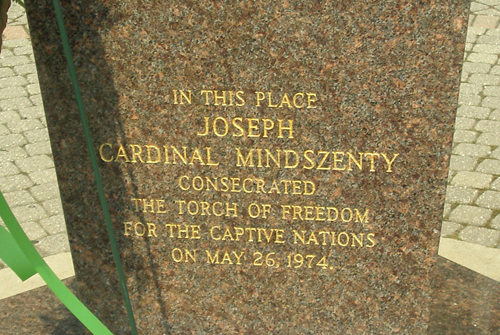 Cardinal Mindszenty Plaza in Cleveland contains this statue and other tributes such as the Hungarian Freedom Fighter monument. 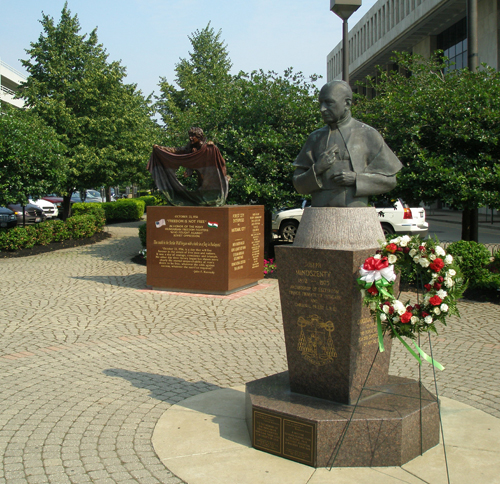 At East 12th and Lakeside