Inspired by the 1893 World’s Columbian Exposition in Chicago, the Cleveland Group Plan was the embodiment of the City Beautiful Movement. The plan called for Beaux Arts style buildings with Neoclassical details* to be arranged around a central Mall. 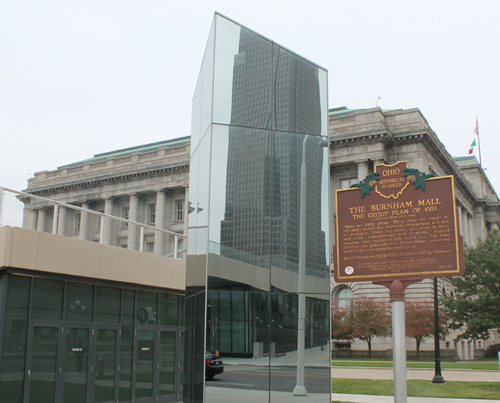 The Group Plan of Cleveland is the earliest and the most fully realized plan for a major city outside of Washington, D.C. and remains one of the best extant examples of the City Beautiful Movement. 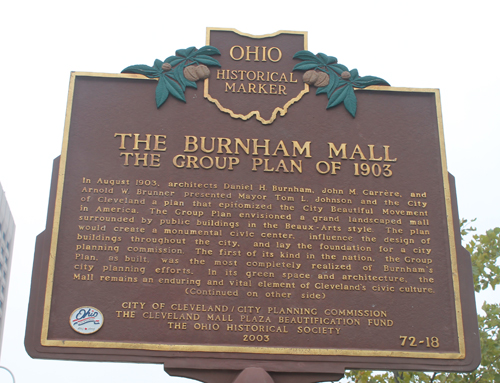 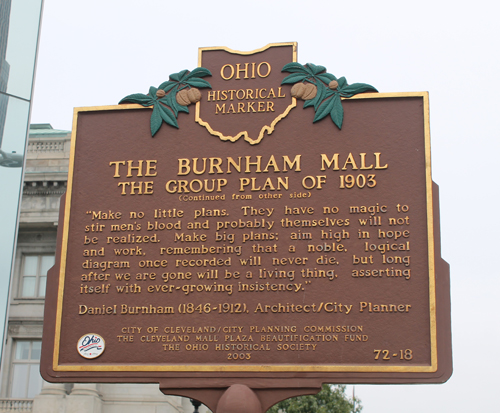 Elements of the plan that remain vital parts of Cleveland’s cityscape today include:

The Mall,  divided into three sections known as Malls A, B, and C, was added to the National Register of Historic Places in 1975.

Daniel Burnham, Architect/City Planner said “Make no little plans. They have no magic to stir men’s blood and probably themselves will not be realized. Make big plans; aim high in hope and work, remembering that a noble, logical diagram once recorded will never die, but long after we are gone will be a living thing, asserting itself with ever-growing insistency.”