Playhouse Square is the Theater District in downtown Cleveland.

It is the largest performing arts center in the United States outside of New York. (Only Lincoln Center in New York City is larger.) Current theatres include the Allen, Hanna, State and Ohio. 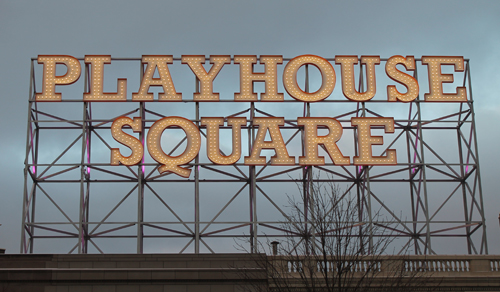 Constructed in a span of 19 months in the early 1920s, the theaters were subsequently closed down, but were revived through a grassroots effort. Their renovation and reopening helped usher in a new era of downtown revitalization in Cleveland, and was called “one of the top ten successes in Cleveland history.”

Playhouse Square welcomes more than 1 million guests to 1,000+ performances and events each year. Its Broadway Series season ticket holder base (more than 29,000) is one of the largest in the country, making Cleveland one of fewer than 10 markets that can support a two-week run of a touring Broadway show. 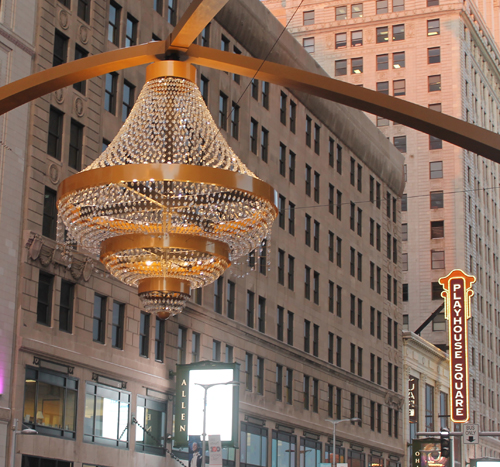 Improvements to the Playhouse Square neighborhood – including a digital signage network, upgrades to U.S. Bank Plaza, a retro signage feature and the GE Chandelier, the world’s largest outdoor chandelier, located above the intersection of Euclid Avenue and East 14th Street – were completed between April 2013 and April 2014, culminating in a ceremony on May 2, 2014 entitled “Dazzle the District.” 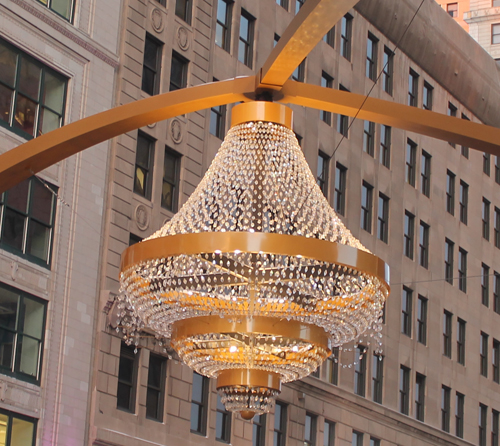 Largest outdoor chandelier in the world in Playhouse Square in Cleveland