The Eveready Battery Co. plant used to be in the Detroit-Shoreway neighborhood of Cleveland located on W. 73rd Street and W 76th Street.

In 1957, employees Lewis Urry, Paul Marsal and Karl Kordesch invented a long-lasting alkaline battery using a zinc/manganese dioxide chemistry while working for Union Carbide’s Cleveland plant. The company did not aggressively market the invention, however, and instead continued to market the old Zinc-carbon battery. As a result, the company lost significant market share to Duracell.

The company’s alkaline battery started out as the Eveready Alkaline Battery and in 1980 it was rebranded under its current name, Energizer. 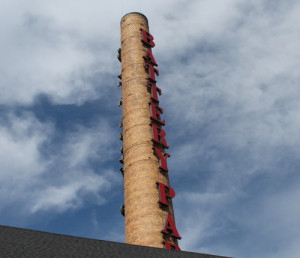 Battery Park is  now an urban redevelopment project in the Detroit-Shoreway neighborhood located on W. 73rd Street and W 76th Street. Laid out in a “U” shaped design, the $100 million development overlooks Edgewater State Park and is surrounded by the West Side’s “Little Italy” neighborhood. 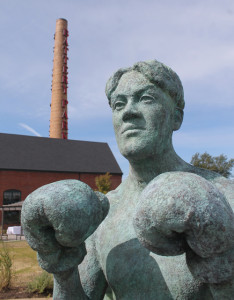 The upscale urban suburb was built on the site of the old Eveready Battery Co. plant, and is currently the largest housing development in the City of Cleveland. It is also home of the Johnny Kilbane statue.