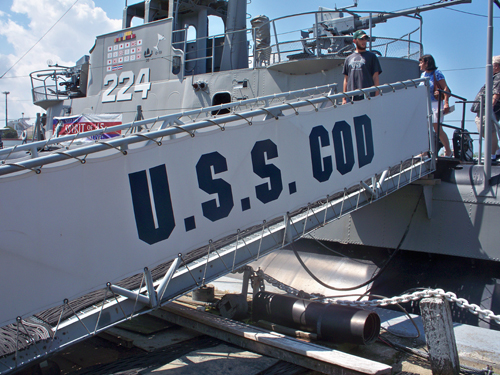 It was on Cod’s third patrol, Dempsey’s last in command, that Cod fought her biggest battle. Tracking a massive Japanese convoy heading for Subic Bay in the Philippines on the night of May 10, 1944, Cod maneuvered into firing position just after sunrise. Cod fired three of her four stern tubes at the Japanese destroyer Karukaya before unloading all six of her bow tubes at two columns of cargo ships and troop transports.  A minute later, all six of Cod’s bow shots hit targets among the columns of enemy ships. Cod submerged to her 300-foot test depth and ran at her top underwater speed of 8.5 knots for 10 minutes to clear the firing point, which was clearly marked by the white wakes of Cod’s steam-powered torpedoes. 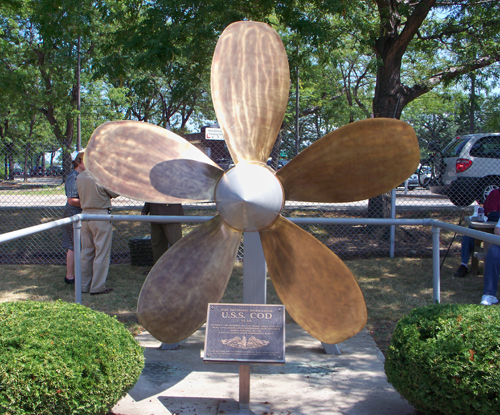 It was on Cod’s seventh and final war patrol that she would carve a unique niche for herself, not for destroying enemy ships, but for performing the only international submarine-to-submarine rescue in history. On the morning of July 8, 1945 Cod arrived at Ladd Reef in the South China Sea to aid the Dutch Submarine O-19 which had grounded on the coral outcropping. After two days of attempts at pulling O-19 free, the captains of both vessels agreed that there was no hope of freeing the Dutch sub from the grip of the reef. After removing the 56 Dutch sailors to safety, Cod destroyed the O-19 with two scuttling charges, two torpedoes, and 16 rounds from Cod’s 5-inch deck gun. The Cod was home to 153 men for the two and a half-day run to the recently liberated Subic Bay naval base. 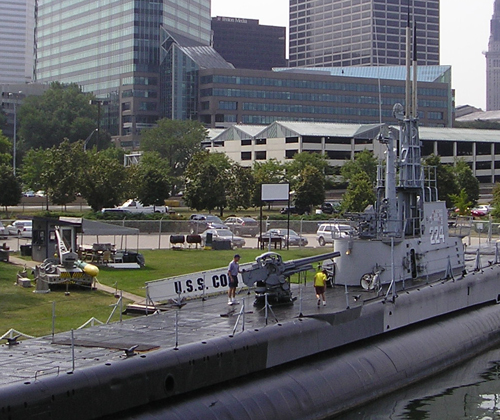 Cod began her career as a floating memorial in May of 1976 when she opened for public tours and quickly established herself as a popular tourist attraction. In 1986, the U.S. Department of the Interior designated Cod a National Historic Landmark. 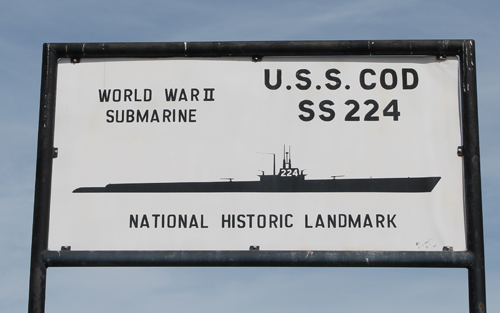 Today, Cod is one of the finest restored submarines on display and is the only U.S. submarine that has not had stairways and doors cut into her pressure hull for public access. Visitors to this proud ship use the same vertical ladders and hatches that were used by her crew. Cleveland can claim partial credit as Cod’s birthplace, since the submarine’s five massive diesel engines were built by General Motors’ Cleveland Diesel plant on Cleveland’s west side. 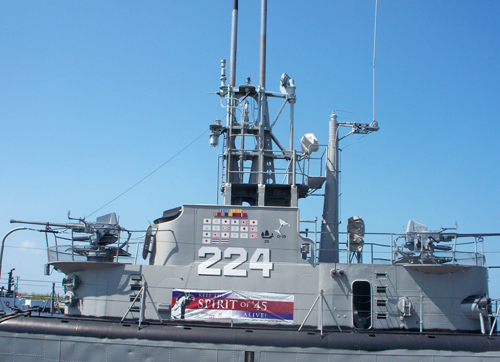 Cod is now docked in Lake Erie at Cleveland, Ohio and is maintained and operated as a memorial to the more than 3900 submariners who lost their lives during the 100 year history of the United States Navy Submarine Force. The public is invited to visit the boat daily between May 1 and September 30 each year.