After the opening of the Ohio and Erie Canal in the 1830s, Cleveland became a destination for fugitive slaves and the bondsmen who tracked them. Before the Civil War, slaves moved through Ohio’s Underground Railroad network that extended two hundred and fifty miles from Ripley to Cleveland.  The Cozad-Bates House is part of that history. 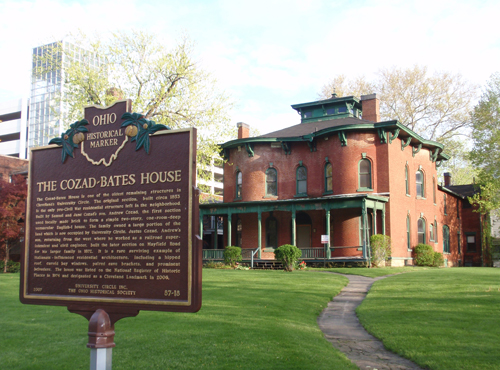 Cozad-Bates House – part of the Underground Railroad in Cleveland 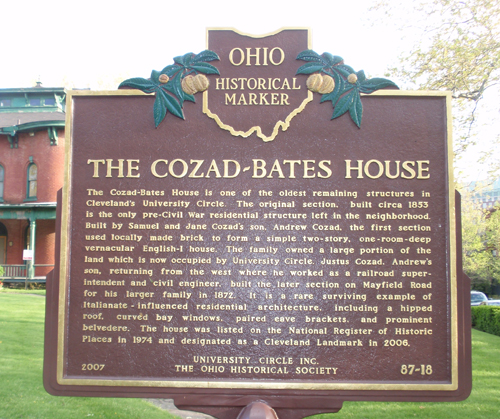 The Cozad family owned a large portion of the land which is now occupied by University Circle. Abolitionist Andrew Cozad built the house in 1853 for his son Justus L. Cozad 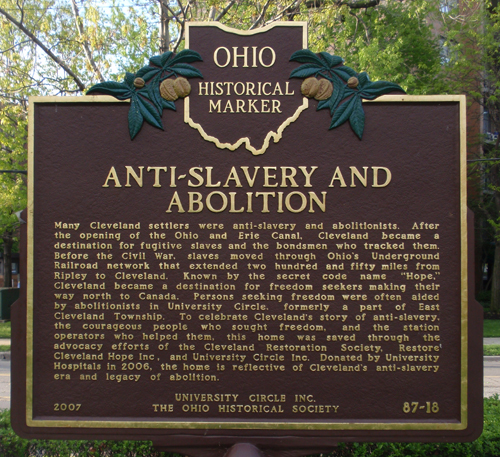 The Cozad-Bates House is the oldest and only surviving pre-Civil War structure in University Circle in Cleveland. The house was listed on the National Register of Historic Places in 1974 and designated as a Cleveland Landmark in 2006.

The house has been restored by Restore Cleveland Hope founded by Joan Southgate, Ginger Mook, Nishani Frazier, Binnie Eiger, Binne’ Douglas, Nicki Gudbranson, and Fran Stewart in 2003. Their mission is “to celebrate Cleveland’s historic anti-slavery past.” The non-profit operates the Underground Railroad Interpretive Center in the Cozad-Bates House.

In this video, Kathryn Puckett, Restore Cleveland Hope Board Chair, explains who the Cozads were and tells of the risks after the Fugitive Slave Act in 1850. She tells the story of a Black barber named John Brown whose shop was near Public Square and he “heard things” and passed on the news of Slave Catchers arriving and so on. She points out the locations on a huge map on the wall.

See more from the Cozad-Bates House in Cleveland 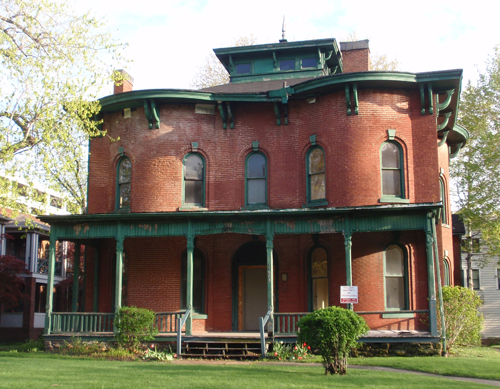