Harrison Dillard is the only person to ever win Olympic Gold in both hurdles and sprints.

William Harrison Dillard was born on July 8, 1923 at 32nd and Orange Avenue in Cleveland, approximately where the Post Office is today. 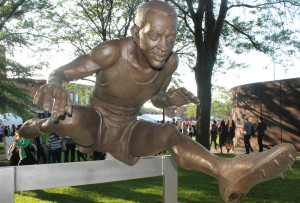 At the London Games, Dillard reached the final, which seemed to end in a dead heat  between Dillard and another American,  Barney Ewell. The finish photo showed Dillard had won, equaling the World record as well. This was the first use of a photo finish at an Olympic Games. Also a member of the 4 x 100 m relay team, he won another gold medal at the London Games. 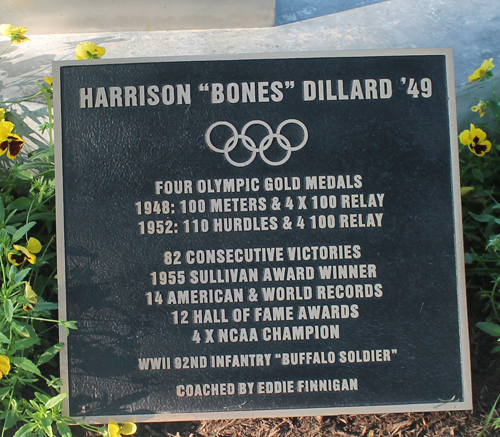 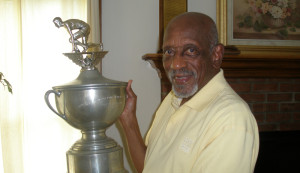 Olympic Gold medalist Harrison Dillard holding one of his trophies