Charlie Sifford – Before there was Tiger: The Jackie Robinson of Golf

Before there was Tiger Woods – there was Charlie Sifford

Charles Sifford was the first African American to play on the PGA Tour.

For his contributions to golf, Sifford was inducted into the World Golf Hall of Fame in 2004. He was awarded the Old Tom Morris Award in 2007, the Presidential Medal of Freedom in 2014, and an honorary doctorate from the University of St Andrews. 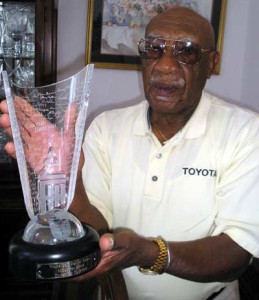 Lee Trevino referred to Sifford as the “Jackie Robinson” of golf, and Tiger Woods acknowledged that Sifford paved the way for his career.

Charie Sifford spent most of his adult life in Cleveland and is also a member of the Northern Ohio Sports Hall of Fame.