Frank Lausche served as Municipal Court judge from 1932 to 1937 and Common Pleas Court judge from 1937 to 1941, before winning election as Mayor of Cleveland in 1941. He served until 1944, when he first won election as Governor of Ohio, becoming the state’s first Catholic governor. Lausche was named a ”Knight of St John of Malta” by Pope John Paul II, “the highest civilian honor that can be bestowed by the Catholic Church”. 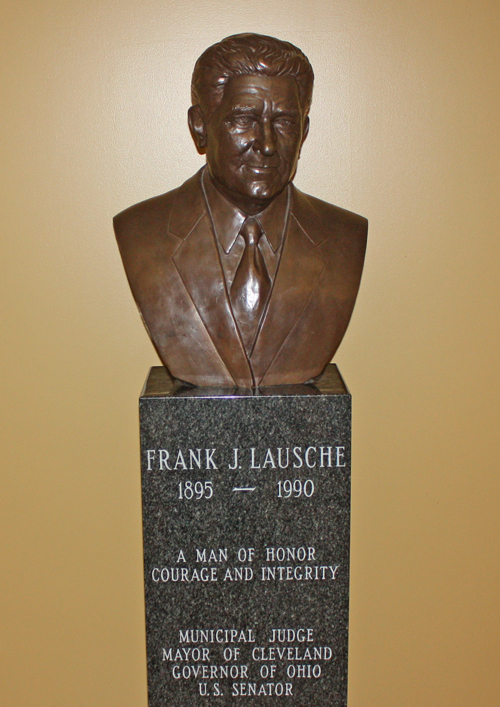 Throughout his career, Lausche displayed a bipartisan and independent approach to politics, being known by some as a “Democrat with a small ‘d'”, but his approach to ethnic Democratic politics paved the way for followers such as Ralph S. Locher, who became Mayor of Cleveland and later an Associate Justice of the Ohio Supreme Court, and Bronis Klementowicz, a leader of Cleveland City Council and law director under Locher. Lausche’s independence also earned him, among some, the derisive moniker, “Frank the Fence.” Lausche was easily re-elected to the Senate in 1962, but was defeated in his bid for renomination in 1968, due to his loss of labor union support.

Lausche was a very popular, plain-spoken, big-city politician of the old school. He was credited with building a coalition of ethnic voters in Cleveland known as the “cosmopolitan Democrats.”

He was proud of his Slovenian heritage.  Coincidentally, the only other person to hold the office of Cleveland Mayor, Ohio Governor and US Senator from Ohio was George Voinovich who was half Slovenian. 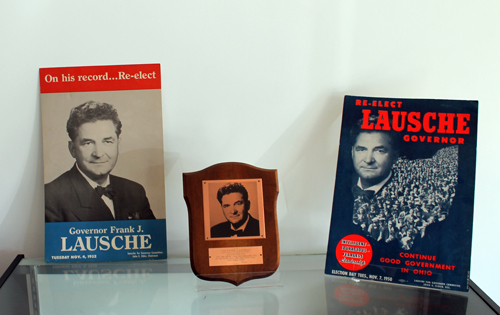 The Slovenian Museum and Archives is a non-profit organization whose mission is to preserve and share Slovenian ethnic identity and its various migration experiences in a sophisticated, multi-functional and interactive dwelling. 6407 St Clair Ave, Cleveland, OH

The State of Ohio’s office building in Cleveland Ohio is named after Lausche, as is the Lausche Building at the Ohio Expo Center (site of the Ohio State Fair). 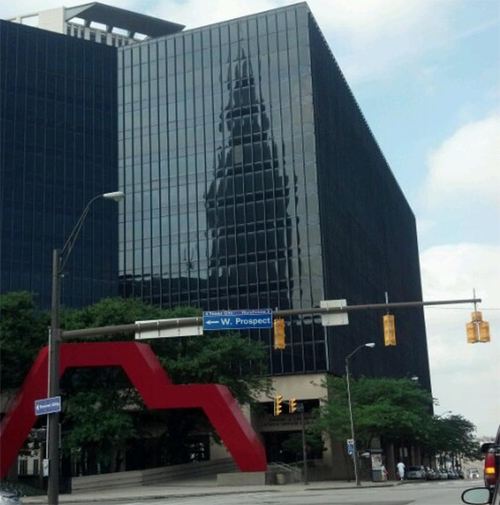