St. Mary’s, founded in 1904, is the oldest Romanian Orthodox parish in the United States. 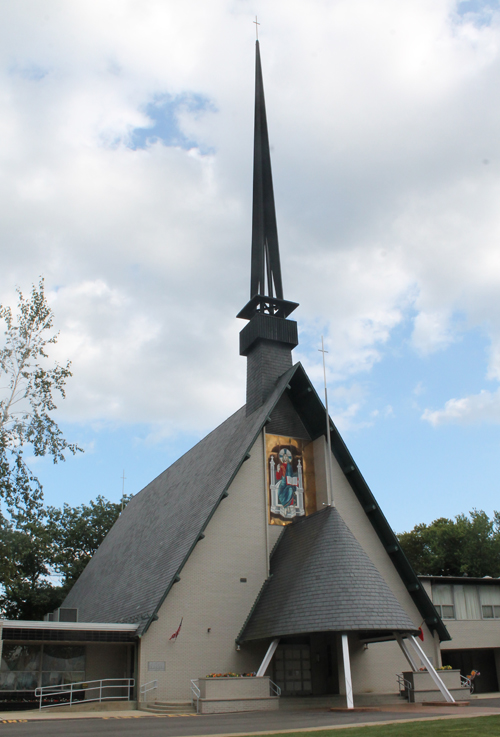 Prior to the building of today’s cathedral in Cleveland’s Kamm’s Corners neighborhood in 1960, the church’s home was on Detroit Avenue in the old Romanian area of the city.

Romanians from Transylvania, Banat and Bucovina, then provinces of the Hapsburg Empire, as well as some from Macedonia, arrived in America in the late 1800s. After the 1848 revolution, sporadically there arrived “sea men” and volunteers in the Civil War such as the well-known George Pomutz who  became America’s ambassador to St. Petersburgh.

In 1900, 12 men observed the first Romanian Easter in Cleveland, early at sunrise, on the shores of Lake Erie. This is the first sign of an organized religious manifestation of the Romanian Orthodox Church in the U.S.A. 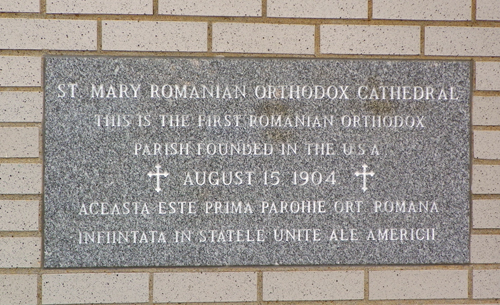 St. Mary’s is not just the first Romanian Orthodoxy in America.  It has also served as a Cultural Center of the Romanian Americans.  Items throughout the Church and the Romanian Ethnic Art Museum display the history of Romanians in the US.

St. Mary’s is well known in the US and Europe as the first Romanian Orthodoxy in America and a Cultural Center of the Romanian Americans.