Louis ‘Lajos’ Kossuth is the Father of Hungarian Democracy. There are three Kossuth statues in the US: New York, Washington and here in Cleveland.  With more Hungarians in Cleveland than anywhere except Budapest it is fitting that this monument was built here. 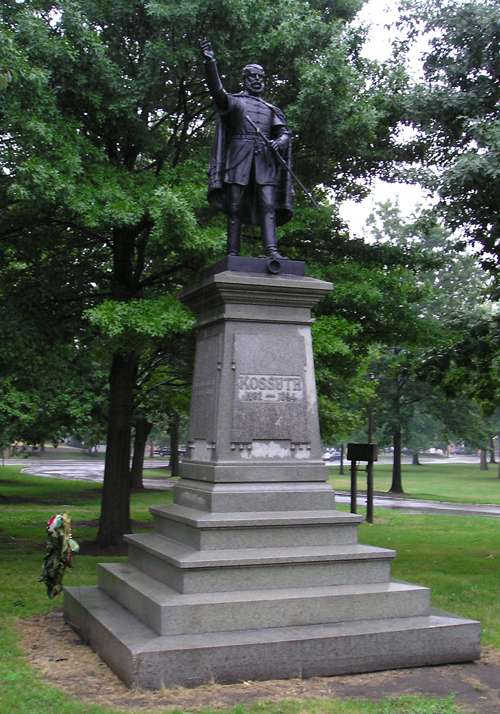 Kossuth said the following in a speech to the Ohio State Legislature, February 16, 1852: “All for the People and All by the People; Nothing About the People Without the People  – That is Democracy!” 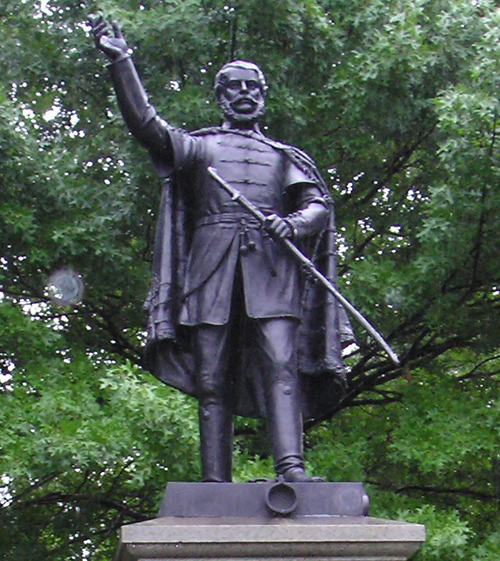 Kossuth was the first foreign Statesman officially invited to the US since the Marquis de Lafayette.

The Louis “Lajos” Kossuth statue is in the David E Davis Sculpture Garden on Euclid Avenue between Chester and MLK.