This marks the site of the first Sikh Gurdwara in the state of Ohio. Sikhs began to arrive in Ohio after India’s freedom from British rule in 1947. They came for advanced education at universities in the state. 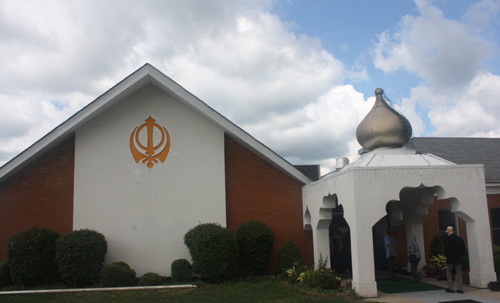 With liberalization of immigration laws in the 1960s, many Sikhs settled in metropolitan areas and set up organizations to hold congregational prayer. 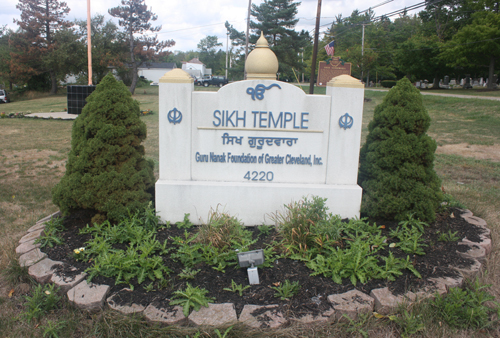 The Guru Nanak Foundation of Greater Cleveland Area was named after Guru Nanak, the founder of Sikh Faith. The Foundation, which at first used rental facilities for religious activities, was incorporated in 1976.

However, by 1980 it was able to purchase a building at 3305 West 25th Street in Cleveland. Membership swelled during the 1980s, and in 1991 the congregation decided to move the Gurdwara to its present location in Richfield. 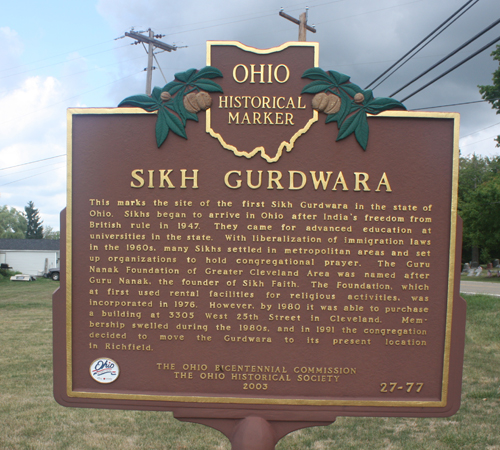 The Sikh Gurdwara in Richfield Ohio is located at 4220 Broadview Road.

Learn more about Sikhs in Cleveland.