The Michelson–Morley Experiment was conducted in 1887 by physicist Albert A. Michelson of Case School of Applied Science and chemist Edward W. Morley of Western Reserve University. 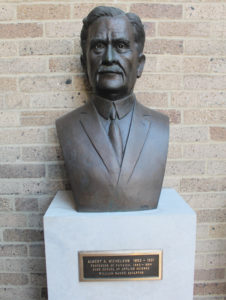 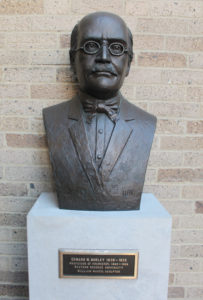 This experiment proved the non-existence of the luminiferous ether and was later cited as circumstantial evidence in support of special relativity as proposed by Albert Einstein in 1905. 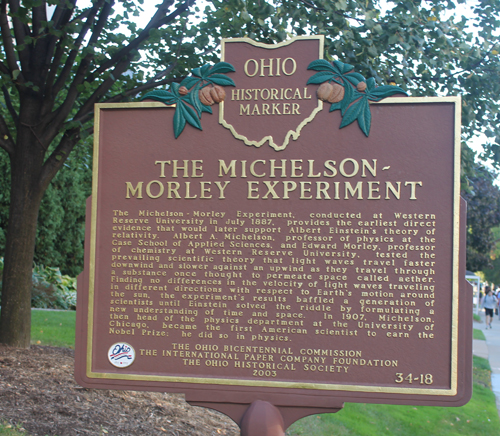 The experiment has been referred to as “the moving-off point for the theoretical aspects of the Second Scientific Revolution”. 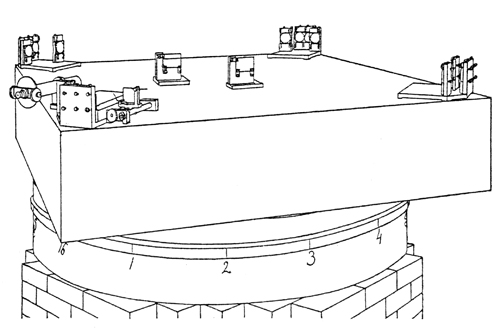 Michelson and Morley’s interferometric setup, mounted on a stone slab that floats in an annular trough of mercury.

Michelson became the first American to win a Nobel Prize in science.

Michelson was professor of physics at the Case School of Applied Science, and Morley was professor of chemistry at Western Reserve University (WRU), which shared a campus with the Case School on the eastern edge of Cleveland.  The Michelson-Morley Experiment was performed in several periods of concentrated observations between April and July 1887, in the basement of Adelbert Dormitory of WRU (later renamed Pierce Hall, demolished in 1962). 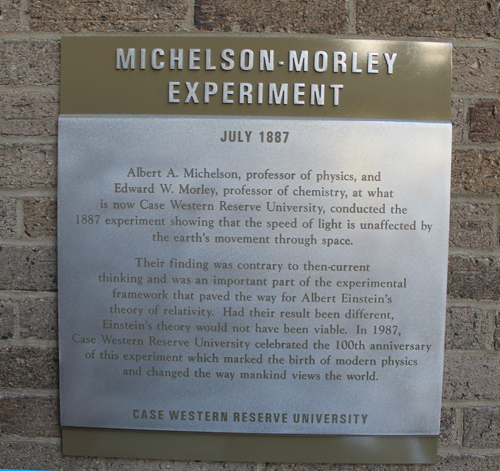 Michelson-Morley Memorial Fountain, also known as the Michelson-Morley Monument and commonly called the “lipstick fountain,” is located on the campus of Case Western Reserve University in the University Circle neighborhood of Cleveland, Ohio. It was designed by William Behnke and built in 1973 in commemoration of the world-famous Michelson–Morley experiment. 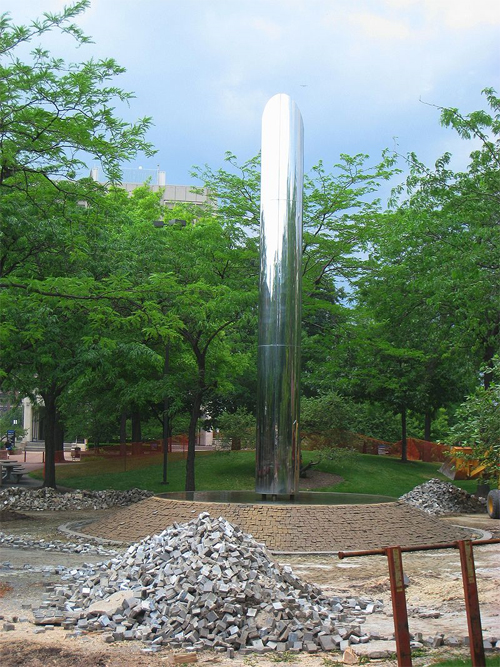