Two of the most famous scientists in history are honored in the Polish Cultural Garden on East Blvd. near St. Clair Ave.

Nicolaus Copernicus was a Renaissance mathematician and astronomer who formulated a model of the universe that placed the Sun rather than the Earth at the center of the universe. The publication of this model in his book De revolutionibus orbium coelestium (On the Revolutions of the Celestial Spheres) just before his death in 1543 is considered a major event in the history of science, triggering the Copernican Revolution and making an important contribution to the Scientific Revolution.

Copernicus was born and died in Royal Prussia, a region that had been a part of the Kingdom of Poland since 1466. 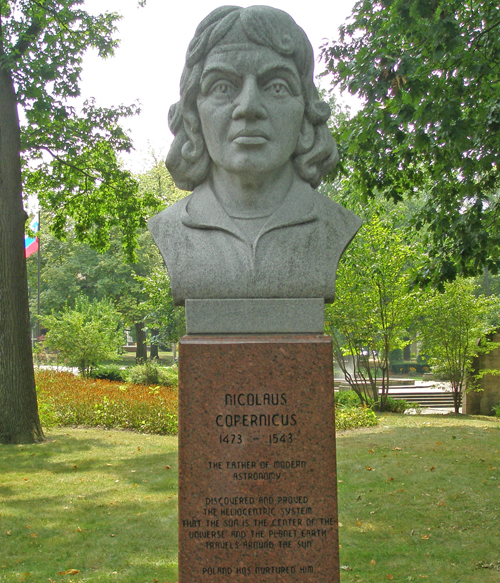 Marie Skłodowska Curie, born Maria Salomea Skłodowska, was a Polish and naturalized-French physicist and chemist who conducted pioneering research on radioactivity. She was the first woman to win a Nobel Prize, the first person and only woman to win twice, the only person to win twice in multiple sciences, and was part of the Curie family legacy of five Nobel Prizes. 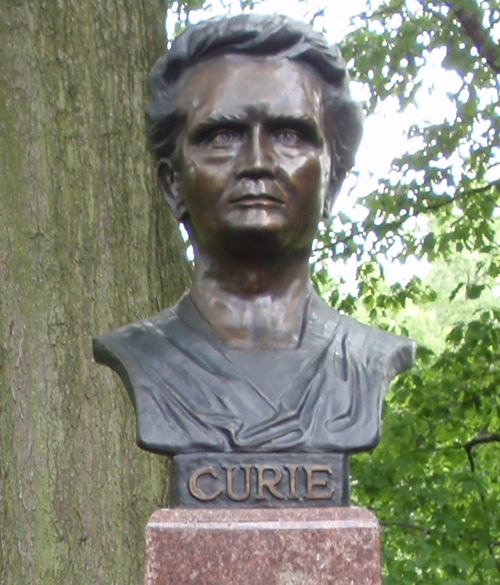 The busts are in the Polish Cultural Garden which is on East Blvd just south of St Clair Ave.