The Cleveland Fire Fighters Memorial is between Cleveland Browns Stadium and the Great Lakes Science Center. 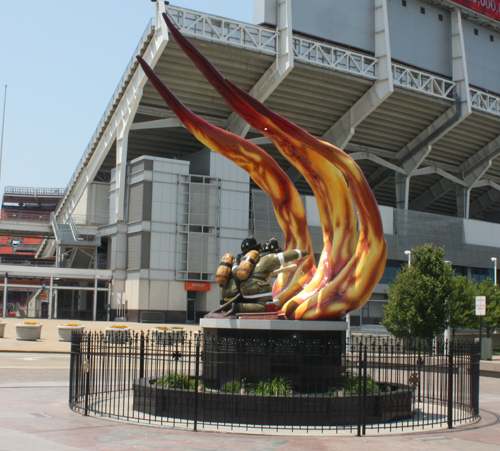 The Cleveland Fallen Firefighters Memorial was made to honor those firefighters who made the ultimate sacrifice. The new memorial is more representational of firefighting and is located in one of the most visible sites in Cleveland. 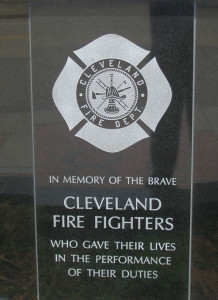 The goal is to keep alive the memory and sacrifice of these brave men, and in doing so will honor past, present and future fire fighters.

The Cleveland Fallen Fire Fighters Memorial was dedicated on June15th, 2007.

Luis Jimenez a nationally known sculpture was the original artist who designed and began fabricated the sculpture until his untimely death while working on another sculpture. Rob Hartshorn then became the art director on the project who along with Ron Dewey, a sculptor, and Ralph Brussee, a painter, finished the memorial 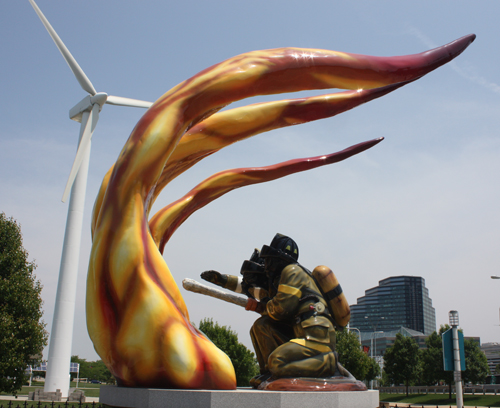